I started catching fish as soon as I learned to walk. In the beginning, roaches and perch were left on the hook. When I started wearing my neck, I got my first pike by spinning. I caught fishing in a river about ten years ago. Three seasons went to learning and discovering rivers. When things stopped, I started getting moderate fish. From there, sea trout fishing increased. I go fishing all year round. I mainly catch pike and sea trout in the sea, perch and river trout in the rivers.

Rauntsi Wobblers started in 2017, when I started making the first experiments with lures. Interest arose in this, because the selection of craftsmen in Estonia was relatively small. The look was immediately upon the Z-tongue lures, which are widely used in Finland. They also worked very well in Estonia. When making lures, I use balsa wood, which gives the lures good buoyancy.

From there, I started making lures not only for myself but also for friends. At first there was a lot of testing. We had to find the right shape and the right tongue angle. Once the lures were working, I started looking for the right colors and ceiling. This whole process took more than half a year before the first lure for sale was ready.

By now, lure blanks are already coming from the copier. Next, all bodies go to manual processing one by one. Then I add the support wire and weights holding the hooks to the lure. Next, all lures are varnished. When the first coats of varnish have been applied, I will start painting the lands. When the painting process is completed, the lint is varnished again. Now the last stage has arrived, the eyes and the tongue are attached to the lures. Finally, I test each lure separately to select non-players. Thanks to experiments and experience, a wide range of colors has developed. When choosing a color, I also take into account the special wishes of customers. 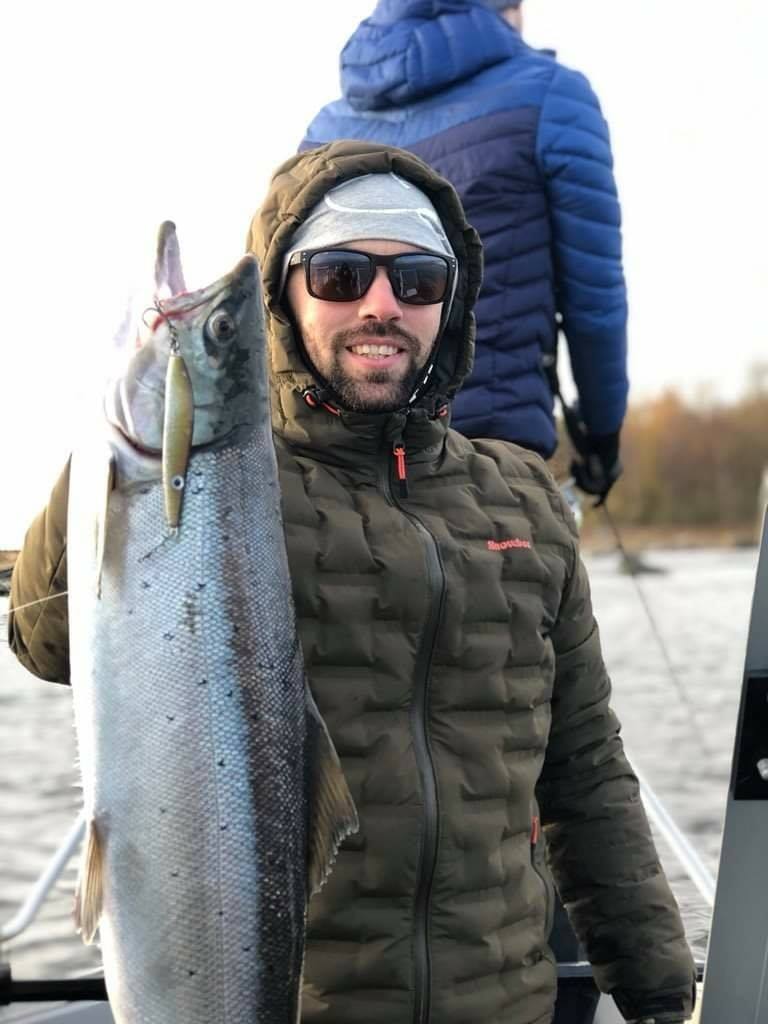